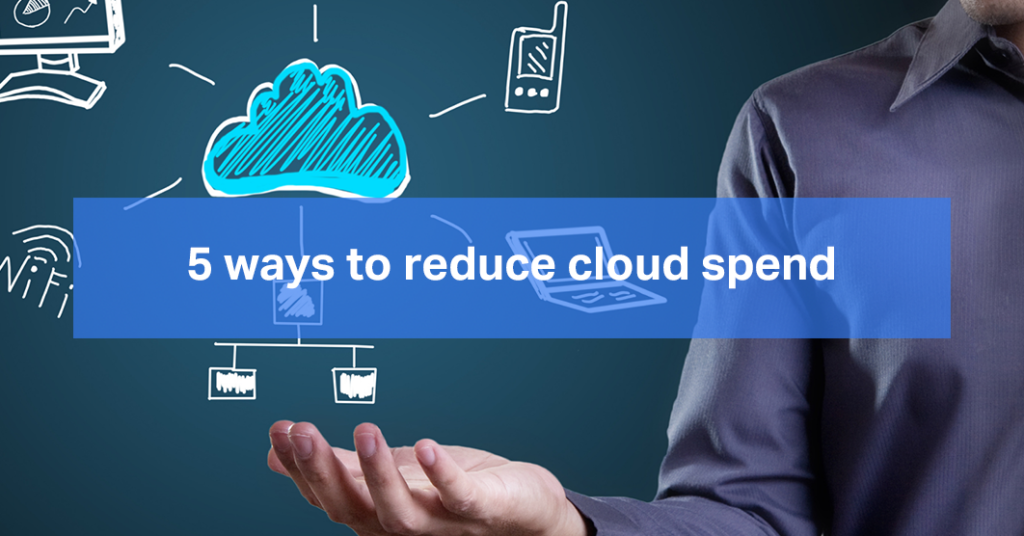 A Gartner study revealed that 80% of organisations go over budget with their cloud migration projects. Moreover, most cloud costs simply end up going to waste on resources that will never be used. For many business leaders, figures like these come as quite a surprise, especially since we’re so used to hearing about how the cloud is supposed to save money.

But, as often turns out to be the case, the problem is a human one, rather than a technological one. No cloud provider is going to stop you from ordering any amount of resources you want, whether you need them or not. To truly benefit from the unlimited scalability and reduced IT costs of the cloud, you need to implement a cloud cost-control strategy yourself.

Here are five ways to navigate the challenges:

#1. Simplify how work gets done

We might be more connected than ever, but the increasing multitude of devices, platforms and software has also made technology infrastructures dizzyingly complex. And doing away with the old to bring in the new isn’t going to solve the problem either. Without a proper strategy, you’ll likely end up worse off than when you started. More than ever, organisations must strive to unify their technology and operational infrastructures in a seamless environment. Workflows need to be transferrable without running into compatibility issues. A big part of that depends on cutting out the software bloat and having full visibility into your IT assets.

Electronic waste is fast becoming one of the major environmental challenges of our time. The throwaway society, accentuated by rapid technological obsolescence, places organisations in an awkward position when it comes to acquiring new assets and retiring old ones. When using the cloud, these factors are often out of sight and out of mind, even though they still have a direct impact on how much you spend. For example, you shouldn’t be paying for data storage and compute power you don’t need, but you should still be able to upgrade easily in periods of increased demand.

While modern data centres operated by companies lik e Amazon or Google are some of the most secure facilities in the world, almost all data breaches occur at the hands of end users. Investing yet more money into cybersecurity might not sound like a good way to reduce cloud spend, but the costs of a data breach are many times worse. Every cloud asset needs to be protected with multifactor authentication and round-the-clock monitoring. But, thanks to AI and automation, there are also ways to reduce information security costs and proactively respond to potential threats faster.

Another important step in optimising cloud spend is to identify and consolidate idle resources. For example, if a computing instance only ever has a CPU utilisation level of 5%, you’re likely paying far more than you need. After all, most cloud providers charge per resource, and not for how much you actually utilise those resources. Instead, seek out and consolidate any idle computing instances into fewer ones. At the same time, be sure you can accommodate spikes in traffic by implementing autoscaling, on-demand capabilities, and load-balancing across your infrastructure.

We’ll end on the important but often underrepresented note that not all applications are a good fit for the cloud. While the vast majority of computing workloads can indeed be virtualized and shifted over to the cloud, it doesn’t mean they’ll always be economical. Examples include any application that’s highly sensitive to latency and those which require specialised hardware. It’s also important to prioritise your cloud migration accordingly, rather than migrating everything over at once. Start small, but think big from the outset and remember, the cloud is as much a journey as it is a destination.