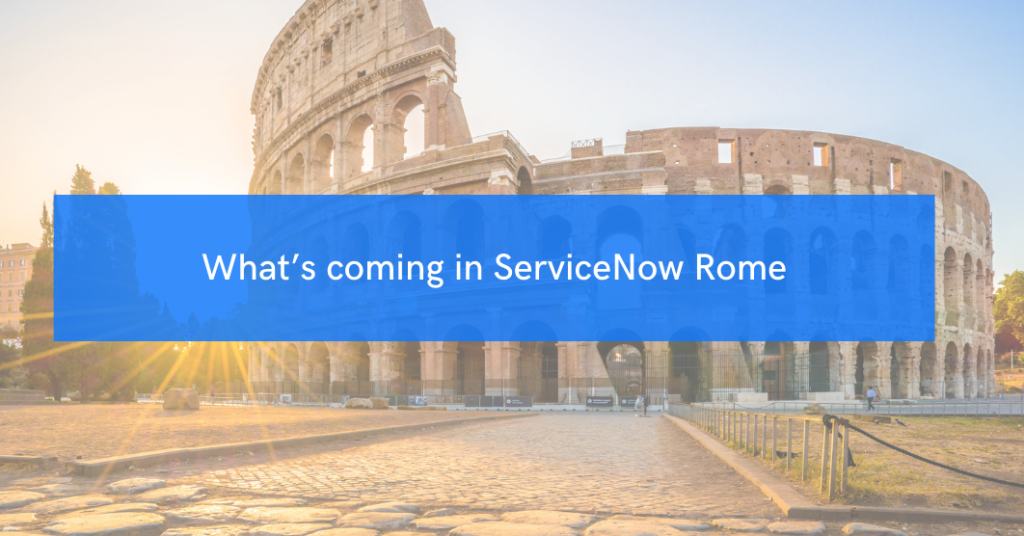 What’s new in the Flow Designer?

In the Rome release, the improvements to Flow Designer involve error handlingand ensuring that data is correct. Flow Designer now includes an Error Handler which can be easily used to track when something goes wrong in the process being designed. From a technical perspective, the Flow Designer works something like ‘try/catch block’, which is used by several programming languages to handle exceptions when they occur.

The Error Handler in Flow Designer helps users build more robust flows and to be proactive. For example, when something goes wrong, we can log it or send a notification to people that might be interested in the process. The Error Handler is also available for custom activities, not just for flows and subflows. What might be interesting is that we are also able to create some error conditions and override the status messages from the custom activities.

Another change in the Flow Designer in the Rome release involves changes in reporting data. As a reminder of what we mean by ‘reporting data,’ when you open the instance of the running flow in operation mode, you can see all the data and processes that were working with this flow. In the Rome release, ServiceNow gives us the possibility to turn this reporting on or off. We basically have two options to do this – turn it on or off for the whole instance’s flows or only for specific flows. To do this in the flow administration settings, you can fill out which flow you want reporting on. There are also options for what exactly you want to turn on or off in the flow registration, or you can go to the property in the reporting level and turn it on or off according to your needs.

Reporting also gives us options about the granularity of the data we want to see. We can either see some basic information at the flow level, or we can go a little deeper and use this information to check your flow actions and steps.

Data Pill Transforms are another extended feature in Flow Designer in ServiceNow Rome, and there are new transform options for String and Math categories. These options expand the no-code capabilities of the Flow Designer, which lets platform and process configuration be handled by more people, thus making precious developer time more available.

Integration Hub Import accelerates the import process to the instance because development is faster with it. In our test usage, we have found Imports to be quite user-friendly. It provides users with step-by-step guidance, but also provides perspective on the flow.

One of the improvements to the Process Automation Designer is that you can test directly from the automation designer – the approach is similar to the Flow Designer. It enables you to choose the record you want to try your design on and then see how it will behave. The Condition Builder has been improved to help you build more complex processes; this lets you create conditions and then run it when the conditions are fulfilled.

The Process Automation Designer also includes new activities called Collect User Data and Checklist Activity. Collect User Data lets you create a set of variables which are used by this activity. Then you can feed a reference to the given activity, specify some string inputs and so on. The Checklist Activity lets you create a custom checklist, task and checklist task template and the agent can see it there.

The Playbook Preview lets you test a design in the Personal Automation Designer without having the workspace set up yet. In our usage we have found that it works quite well.

The /isc portal includes a new metric for exports. Now you can set up the data classes you are interested in, and you can set up the record threshold. Reports per user and per table are now out-of-the-box, and these track only export events.

Another interesting feature in Rome is availability of mobile apps for external users. This will be helpful in use cases where external users do not have access to the instance. External users can see the knowledge articles, create and edit incidents and use the virtual chat. It is somewhat limited; external users cannot view, edit or upload attachments, for example, there is no offline mode, and they are limited in search capabilities.